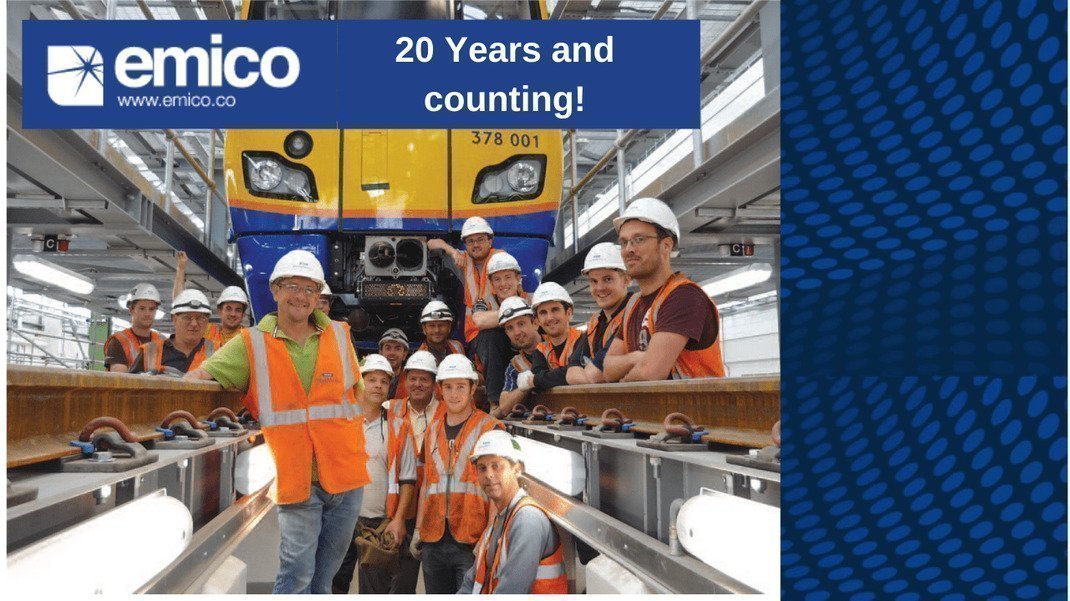 David Perrotton talks to us about the conception and life of Emico.

In May 2000, Emico Limited, formally known as BFP Electrical Limited, received its first ever payment from ABB Stewart Ltd. The payment was for high bay lighting and busbar installation works at the Excel Exhibition Centre and represented the start of Emico’s 20-year trading history.

Three years prior to this, on a rainy day in mid-June 1997, three “young” men (Jason Flannery, John Barry and myself) sat in an Asda supermarket café on the Isle of Dogs having breakfast. During that breakfast, discussions were had to buy an “off the shelf” company from the Exchange & Mart and go into business together. If I remember rightly, it cost us about £120 plus VAT, or should I say it cost John £120 plus VAT, as we used his credit card!! We did nothing with the company until early 2000, mainly because we were hesitant about leaving stable employment and all of us had young families at home.

In the interim years, Jason resigned from the business and went back to Ireland, which left John and I to push it on. To get us going, we decided that John would go full time into the business, and I would freelance as a QS with Meica Services Ltd (a company formally owned by our current Finance Director, Kieran Hynes) & also MJN Limited. Each month, we both pooled the money we earned and managed to scramble enough money together to pay ourselves a salary from the company.

VAT returns, accounts, payments to agencies & suppliers and estimating were always done at the weekend and variations were priced in the evenings. We both did whatever it took; supported one another and pushed each other on.

Starting off, we probably had the worst office ever. It was in an attic above a Carpenter’s workshop, located just off the North Circular in East Finchley. I remember big gaps in the floorboards and each time the bench saw was used, the sawdust would come up and we’d be covered, plus the noise was horrendous. I am surprised we didn’t suffer long term health issues as a result, although we always had a good laugh.

John and I have always had a “yin and yang” relationship and a strong friendship that allowed the company to flourish. We also had commonality in key principles such as loyalty, family, freedom to do the right thing for the business and each other and to work hard. On occasions, I miss those early days, but then I think of the Emico we have today, and the people we work with, and it soon passes.

Today we are a £40m plus business with a wealth of quality people who underpin a top-class Infrastructure MEP Design & Build Contractor. With every year that passes our brand gets stronger and our desire to strive further forward remains unabated.

John and I are both very much aware that Our People remain our most important asset and are the key to Emico’s ongoing success.  Therefore, it is a good time to highlight and recognise some of our long-term staff who have supported the business either close to, or well over 10 years;

On behalf of the Group Directors, I would like to take this opportunity to thank all the people of Emico for their hard work and commitment. Here’s to the next twenty years and Emico’s continued success!