Stories of Struggle and Strife on the Rocky Road to Success 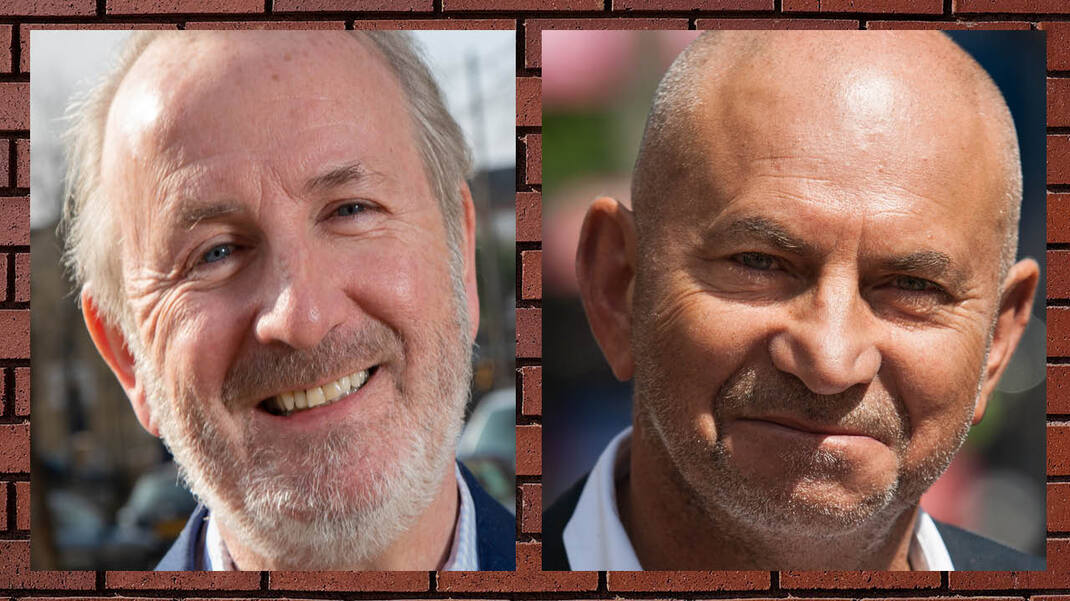 From a Northern Irish orphan to a near-death car crash and becoming a million-dollar Irishman, and from a Scottish rough sleeper in London becoming an award-winning entrepreneur - these are just some of the remarkable life stories being shared at a motivational online networking event, hosted by Causeway: Ireland Scotland Business Exchange on Thursday 13 May 2021.

Joining as a guest speaker at this Causeway event is Chris McGale, also known as the “Irish Wolf of John Street”. Chris grew up in The Troubles, in Omagh, Co Tyrone, Northern Ireland. He has recently released a book, The Million Dollar Irishman, which memoirs his extraordinary life, from being bookies-runner at his family’s Irish pub, to becoming orphaned at the age of 12, and to working in ﬁnancial markets in Dublin and London with the Wall Street giant Merrill Lynch, where after 11 years, he was Managing Director, Global Markets & Investment Banking, and Country Manager for Ireland.

In this memoir, Chris describes at the height of his City career, he went on sabbatical and never went back. He had burnt out, doing too much of what he called “The too muches” - a never-ending cycle of long days, late nights, alcohol, gambling, and the compulsion to win. Along the way, he nearly died in a collision with a lorry, and his fundraising for the Omagh Bomb victims led to a nomination for the New Year’s Honours List. His story also traces the emotional conﬂict, return to education, and reconciliation between the author and his fellow-orphan sibling, Paul. Today, he is Managing Director of Tyrone Capital Partners and a number one bestselling author.

Chris is joined at this event by fellow guest speaker Mike Stevenson. Born in Edinburgh to a Scots-Irish father and a Lebanese mother, Mike’s family moved to Lahore in Pakistan for three years during Mike’s childhood, a journey Mike described on returning to Scotland as ‘from technicolour to monochrome”. Experiencing violence at secondary school, Mike was crippled by fear and bouts of asthma, and was expelled at the age of 15. After working in retail, he made the move to London, but after two jobs and two sackings, he was thrown out of his digs, and with his parent’s marriage dissembling at the same time, he found himself with no where to go, and began sleeping on London’s streets, where survival became everything.

Over the years, Mike has been a steelworker, wine bottler, hod-carrier, hospital orderly, biscuit packer and community worker. He also enjoyed a stint as a musician and actor, busking on the streets of Dublin, and tells a captivating tale of his own journey from homelessness to the award-winning entrepreneur he is today. Today, he is founder of Thinktastic, an innovations agency, voted Scottish Small Company of the Year 2008 and acclaimed for its unique approaches to stretching people and organisations beyond the ‘apparently’ possible. With more than 30 years in marketing, Mike has worked with a number of leading brand names including M&S, British Gas, Sky TV, SSE and Standard Life. He is a TEDx and Leadercast speaker and has also undertaken motivational work with schools and was given special recognition on three successive years with a Business in the Community award for Raising the Attainment of Young People.

“Causeway is delighted to have partnered with Edinburgh Young Professionals to host this motivational networking session. At Causeway, we have a growing number of young professionals at the early stages of their careers, from a variety of sectors, from across Ireland, Northern Ireland and Scotland joining our network, all with a shared interest in growing connections, and having opportunities to join discussions with a wide range of professionals and business leaders to share helpful insights and experiences.

“We are delighted to have Chris and Mike speaking at this event to share their incredible life stories. No matter what stage you are in your career or in life, hearing the journeys other people have gone through to get to where they are today is always fascinating, and can be extremely uplifting and motivating to hear how others have overcome significant challenges they have encountered along the way in their lives.”

This networking event is free to attend and open to both Causeway members and non-members; advanced registration via the Causeway website essential - REGISTER HERE >