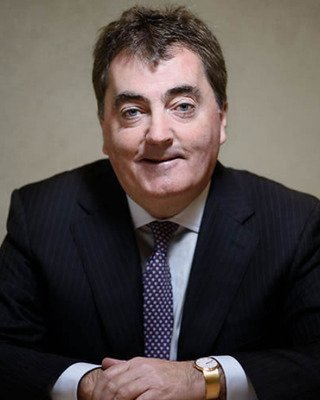 A commerce graduate from UCC and a chartered accountant by profession, Sean joined Glen Dimplex in 1990 as group finance director and held various positions within the group – as deputy chief executive and group chief executive before being appointed chief executive officer in 2011.

Prior to his role in Glen Dimplex, Sean worked for KPMG.

Sean is also a Member of the National Competitiveness Council of Ireland, and was honoured with a UCC Alumni achievement award in 2004 and an honorary OBE by Her Majesty Queen Elizabeth II in 2006. In 2012 he was the recipient of the Cork  Chamber of Commerce inaugural ‘Outstanding Achievement in Business Award’.

In 2016, the Drimoleague native, Sean O’Driscoll was awarded a Légion d’Honneur by the French Ambassador to Ireland, Jean-Pierre Thébault.

You can see more about Glen Dimplex Group here.